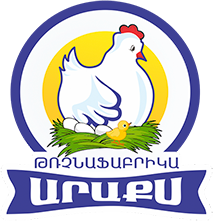 “Arax” poultry was established in 1997 on the basis of “Jrarat” poultry, which in Soviet times was the largest poultry in Armenia. After the collapse of the Soviet Union, the poultry “Jrarat” was reopened in 2001, after joining the X-Group concern (www.xgroup.am).
Much work was done to restore production volumes, as well as research work on raising a new Cobb breeder flock in a new Armenia.Thanks to large investments, already in 2002 the factory was producing and selling 1,600 tons of chicken meat and meat products.

The production capacity allowed the poultry to carry out the entire process, from raising day-old chicks to slaughtering and selling broilers and producing table eggs. Thanks to investments, a modern feed mill was reconstructed at the plant.

At the moment the poultry produces and sells about 35-40% of the Armenian market. It was possible to achieve such a result in a very short period thanks to the skillful and effective production in different areas: personnel policy, marketing, quality nutrition, a general set of veterinary measures, and the introduction of new technologies in poultry.

It is not by chance that in 2003 at the second International poultry exhibition in Moscow the poultry  “Arax” was awarded the honorary title “King of chickens” and a medal. Such achievements and ascents continue up to now.

The motto of “Arax Poultry” is “Healthy Nutrition – Healthy Future”.